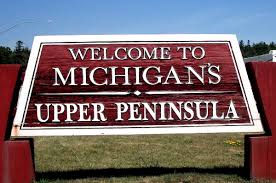 The word “Yooper” finally made it into Merriam-Webster’s Collegiate dictionary according to an article in the online edition of USA Today on Monday, May 19, 2014! It means a person who lives in the Upper Peninsula of Michigan but of course those of us who have lived there know that not everyone who lives in the UP is a Yooper. Can you say hunting shack? 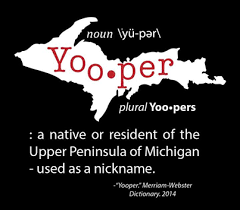 I find it hilarious that I read about this first online, (the UP isn’t exactly known for being on the cutting edge of new technology) and that this word made it into the dictionary along with several new techie words like selfie, hashtag, unfriend, tweep, crowdfunding and catfish, a word that apparently does not just refer to a kind of fish that people go noodling for, but also means “a person who sets up a false personal profile on a social networking site for fraudulent or deceptive purposes.”

According to the article, Merriam-Webster relies on a network of observers who track down word usage, and then a few senior editors make the final cut. Peter Sokolowski, a lexicographer and editor-at-large for Merriam-Webster, said a word is added only when editors are sure it has staying power.

“One of the most important things we have to watch is the trendiness of language, so we don’t want to put a word in that will then have to come out,” Sokolowski told the Associated Press.

How could they not have realized that the word Yooper would have staying power? I mean seriously. My guess is that most true Yoopers will go out and celebrate this validation of their culture by shooting something in the woods whether it’s in season or not, fishing off the edge of the ice on Lake Superior or by just going for a long hot sauna. (And if you pronounce that last word “SAW-nah” you’re have a lot to learn, eh?