The Merlin Players kicked off their 20th season at the Paradise Center for the Arts in Faribault, MN,  on September 12 with a production of Always Patsy Cline. This play is based on the real-life relationship between Country music legend Miss Patsy Cline and Louise Seeger, one of her biggest fans.

Miss Cline was one of the most influential and acclaimed female vocalists of the 20th century whose life was cut short in a plane crash at the age of 30. Always Patsy Cline combines humor and heartache with 27 of her songs.

The part of Miss Cline is played by Kim Schaufenbuel a veteran Southern Minnesota actress. Ms Schaufenbuel handles the job of covering songs that many in the audience know by heart quite well.  The role of Louise Seeger is played with great exuberance by Tania Legvold another veteran of the Southern MN art scene. Miss Cline’s backup band, The Bodacious Bobcats, blend nicely with each other and the vocalists.

The production runs through September 20.  Arrive early for the play so you have time to take in the Ann & Andrew Judkins art exhibit in The Paradise’s Carlander Gallery. http://www.paradisecenterforthearts.org/ 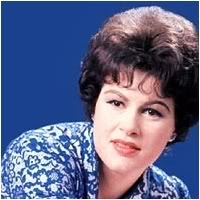