Marilyn Monroe made famous the song, “Diamonds Are a Girl’s Best Friend,” in the movie “Gentlemen Prefer Blondes”

In mid-January London-based diamond mining company Gem Diamonds Limited announced the unearthing of what is believed to be the fifth-largest gem-quality diamond ever found. The massive rock is said to weight 910 carats which is more than a baseball weighs.

The gem was found in the Letseng mine in the Southern African country of Lesotho. This mine is known for producing some of the largest, most beautiful diamonds ever found.

If no major flaws are found in the diamond it should fetch a price in the tens of millions of dollars.

One would think that with a mine that produces so many valuable diamonds the country of Lesotho would be doing quite well. That is not at all the case. Lesotho has high rates of poverty and H.I.V. infection. It ranks 160th out of 188 countries on the United Nations’ Human Development Index.

Lesotho is completely surrounded by the country of South Africa. It gained independence from the United Kingdom in 1966.

A picture of the latest big diamond find: 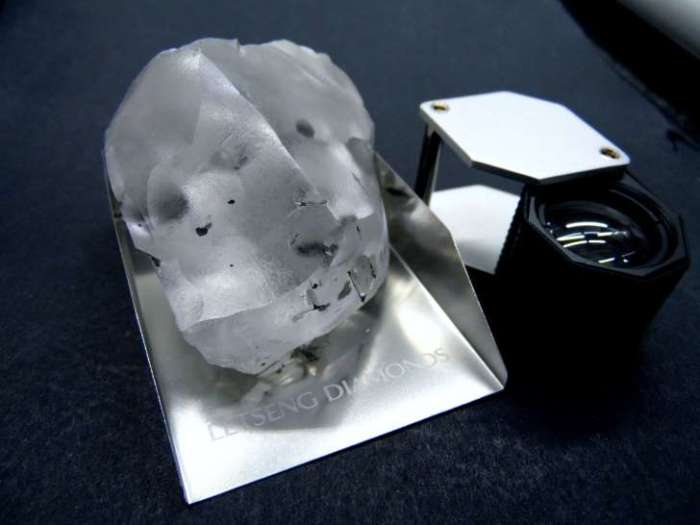