What would you call the entrance to the place where people go to be baptized? If you believe that baptism is a symbolic ordinance performed in obedience to Christ’s command you might call it an entrance or passageway. If you believe that Holy Baptism is a divine mystery through which we are born again into eternal life, you might call it something else.

When Michelangelo saw the pair of gilded bronze doors that Lorenzo Ghiberti created for the Florence Baptistery he called them the Gates of Paradise.

The towering works of art feature ten panels of compelling depictions of stories from the Old Testament. Ghiberti (1387-1455) started his career at the end of the medieval era and ended it during the Renaissance so he is one of the first artists to incorporate the innovations of the Renaissance into his work.

The original Gates of Paradise are housed in a museum in Florence, Italy. A sister cast of these exquisite doors is on view at the Nelson-Atkins Museum of Art in Kansas City, Missouri, which is where I had the pleasure of viewing and photographing them. 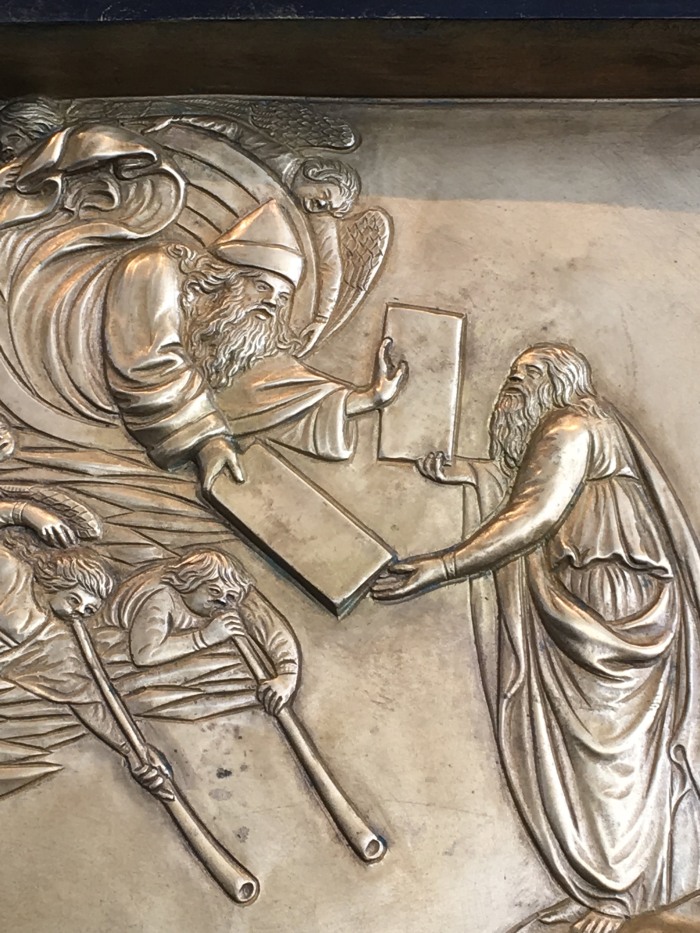 Detail of the panel depicting David killing the giant Goliath. (I Samuel 17) 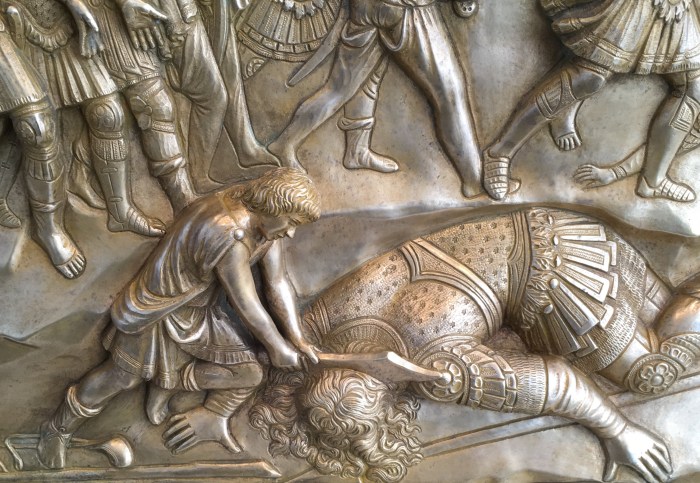 Detail of the panel depicting the wedding of King Solomon to the daughter of Pharaoh, king of Egypt. (I Kings 7:8)

A handsome young man sculpted in between two of the panels.

And here are a couple of Bible passages to support my view that Holy Baptism is indeed the gateway to paradise.

Do you not know that all of us who have been baptized into Christ Jesus were baptized into his death? We were buried therefore with him by baptism into death, in order that, just as Christ was raised from the dead by the glory of the Father, we too might walk in newness of life. For if we have been united with him in a death like his, we shall certainly be united with him in a resurrection like his. (ESV)

But when the goodness and loving kindness of God our Savior appeared, he saved us, not because of works done by us in righteousness, but according to his own mercy, by the washing of regeneration and renewal of the Holy Spirit, whom he poured out on us richly through Jesus Christ our Savior, o that being justified by his grace we might become heirs according to the hope of eternal life. (ESV)