There are three elements to the “Through The Eyes of Picasso” exhibit at the Nelson-Atkins Museum of Art in Kansas City. The exhibit consists of priceless works of art by Pablo Ruiz y Picasso, several pieces of art from Picasso’s own extensive art collection, and several items from the Musee National Picasso-Paris.

But all three of these elements combine to make one thing clear; Picasso was inspired by art from Africa and other remote areas of the world.

This is the picture that greets visitors when they first arrive. It is a combination of Picasso on the left and an African mask on the right. 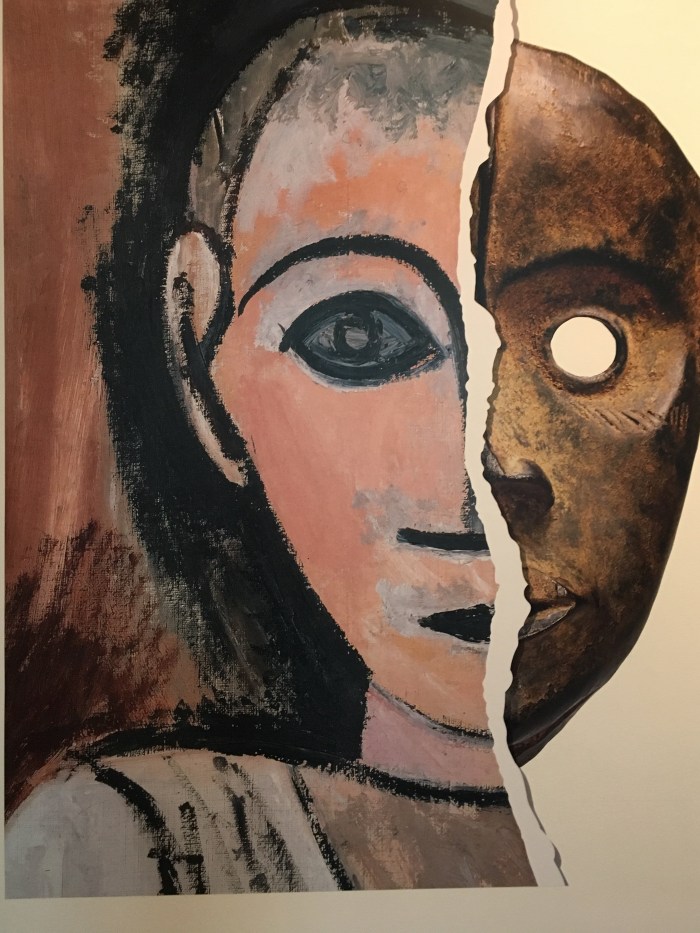 This is a picture of Picasso’s collection of art that he took with him wherever he lived. It’s easy to tell how much influence these pieces had on Picasso’s art. 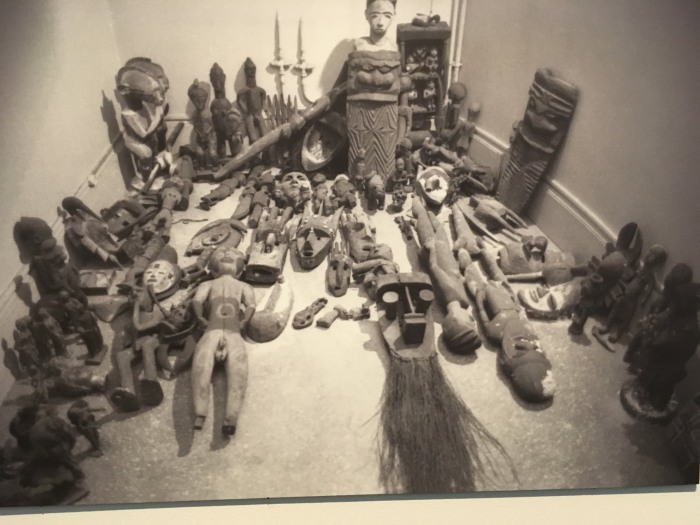 Here’s Picasso’s “Bullfighter” on the left and a reliquary guardian figure from Gabon on the right. 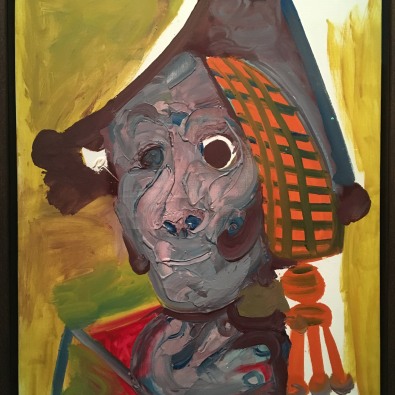 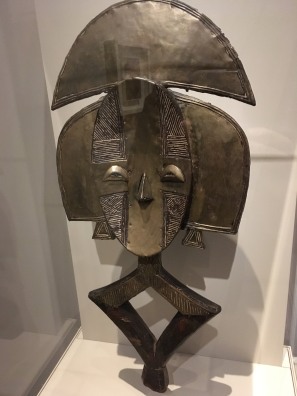 Picasso’s “The Weeping Woman” on the left and a Malanggan sculpture from New Guinea on the right. 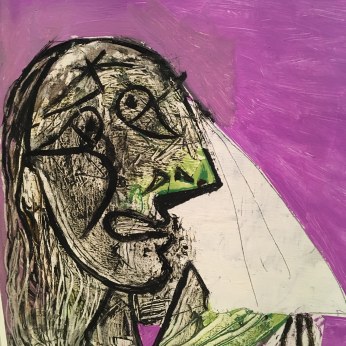 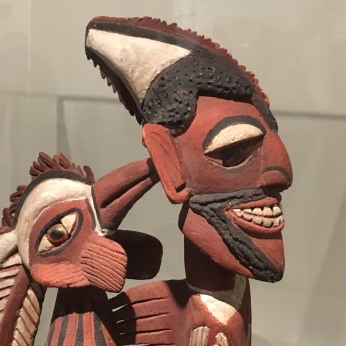 Picasso’s “The Kiss” on the left and “Head of an Oba” from Nigeria on the right. 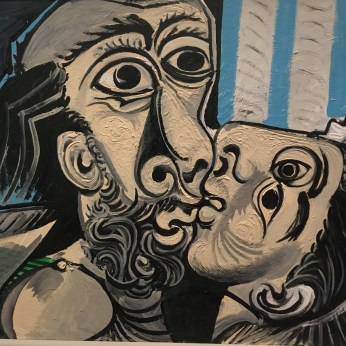 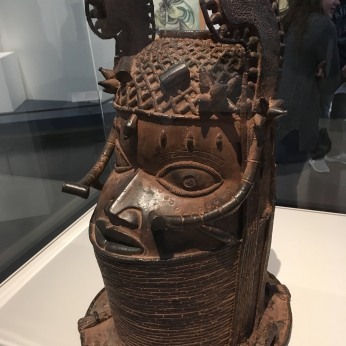 Picasso’s “Female Bust” on the left and “Female Mask D’Mba” from Guinea on the right. 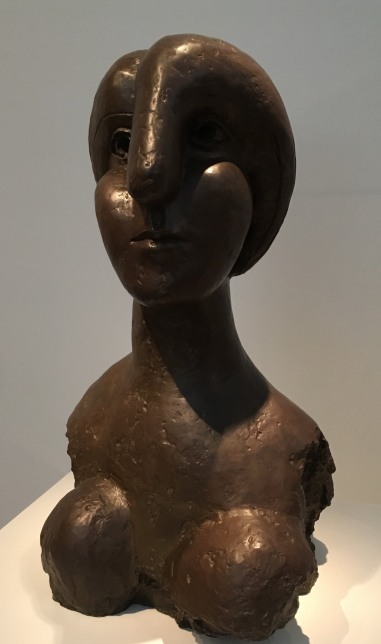 This print of a painting entitled “First Communion”, that Picasso painted at age 14, shows that at a young age he had already mastered the realistic/traditional style of painting. 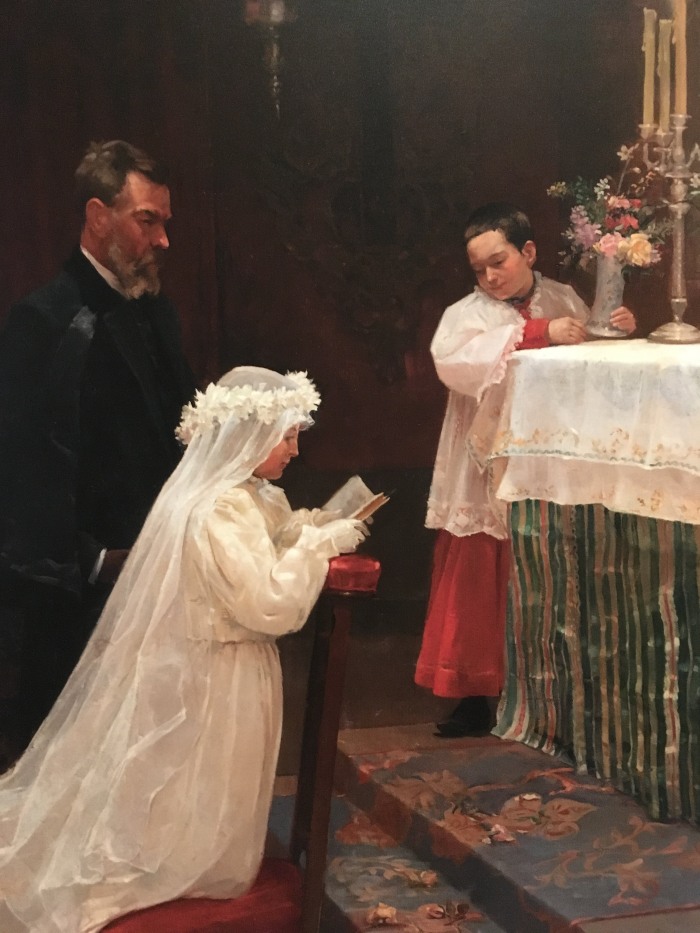 It was when Picasso visited the Ethnographic Museum of the Trocadero in Paris in 1907 that his career as an artist was transformed. The museum’s collection of masks from various areas of the world helped Picasso discover what painting was all about, a kind of mediation between humanity and the unknown forces that surround us.

This map at the exhibit shows the places around the world that contributed pieces to Picasso’s collection of art. 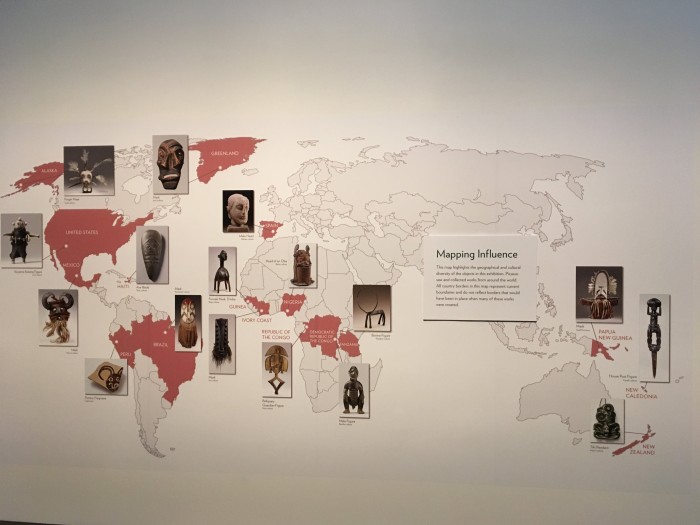 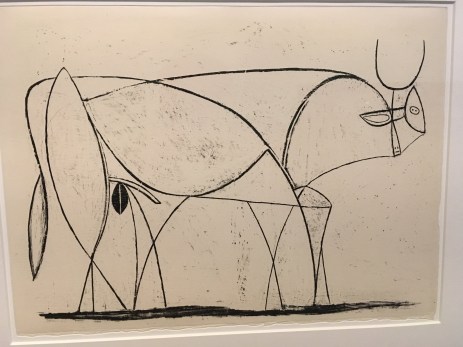 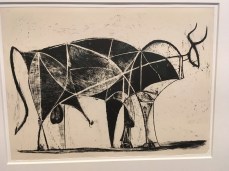 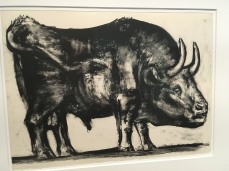 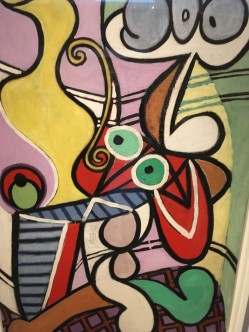 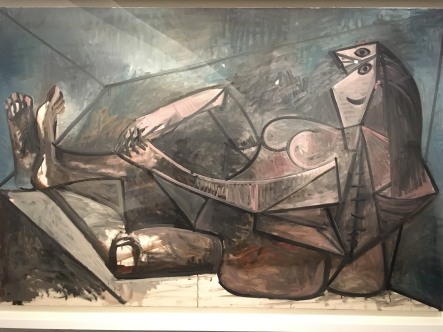 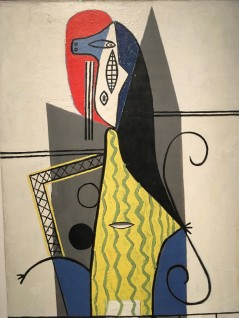 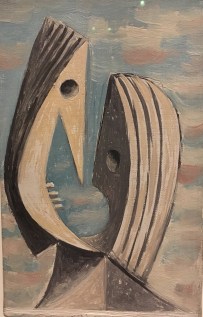 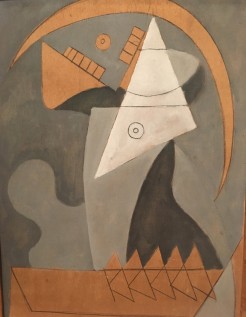 And some more of the masks that are part of the exhibit. 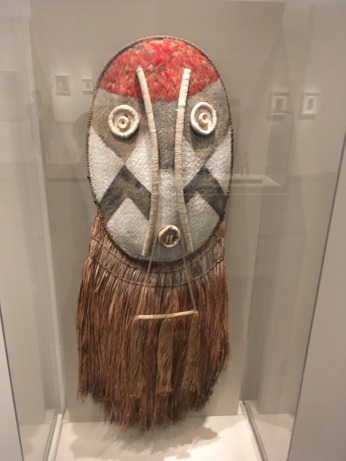 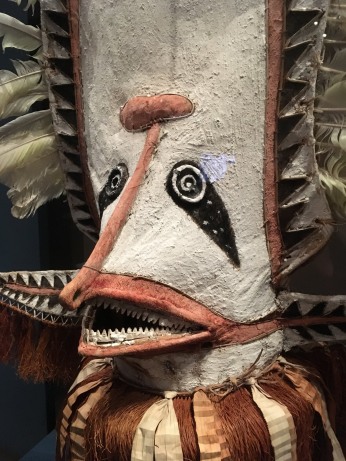 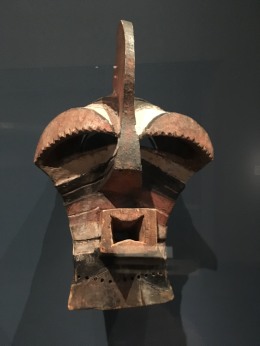 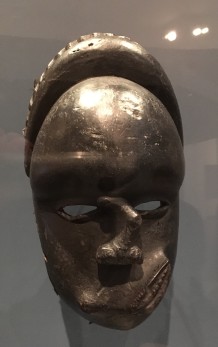 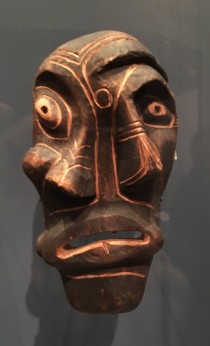 The Nelson-Atkins is the only place in the United States to see this exhibit which closes on April 8, 2018.

2 thoughts on “Hey Picasso, Africa Called. It Wants Its Art Back”