One of the many gems of the city of Madrid is the Museo Arqueologico Nacional, aka, the MAN. The museum features an outstanding collection of artifacts from pre-historic times up to the modern era. I had visited this museum before but somehow managed to miss one of the museum’s greatest treasures, its collection of mosaics. Here is a look at these amazing pieces.

This Mosaic from the fourth century is called “Medusa and the Seasons.” 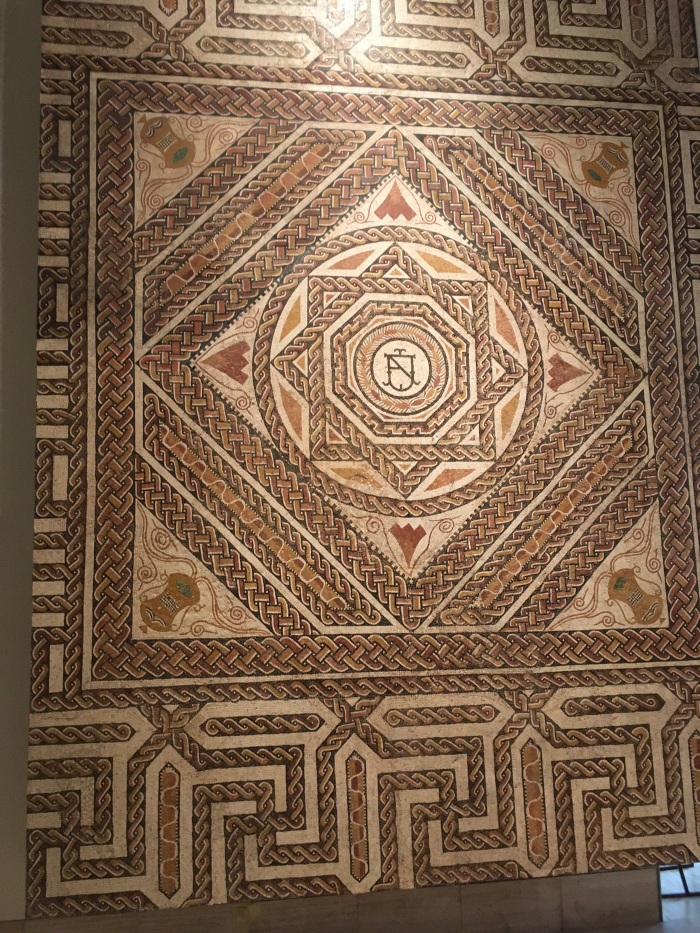 The rural nobleman who commissioned this mosaic had his initials placed in the center of the work. It is from the fourth century and is titled “Geometric Mosaic with Anagram.” 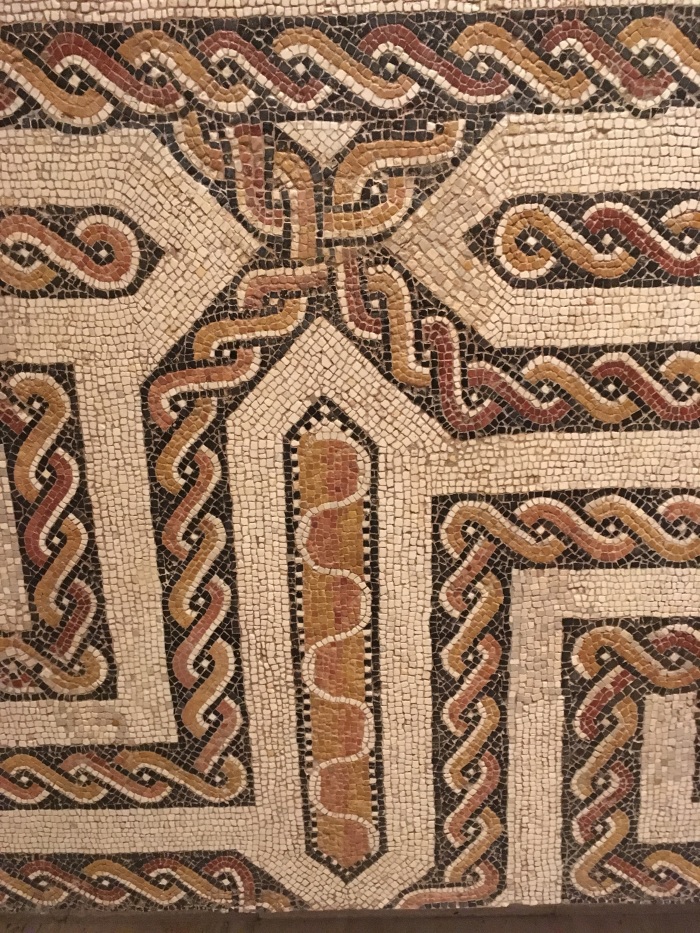 Detail of Geometric Mosaic with Anagram.

This fourth century mosaic called “Mosaic of the Muses,” is a tribute to the erudition and science of the ancient Greeks.

This third century mosaic is called “Labours of Hercules.”

Detail of Labours of Hercules.

This photo gives you an idea of the massive scale of these mosaics. Installing these works of art must have been quite a challenge.