Wine and beer have been around for thousands of years, ever since farmers figured out how to combine the sugars in their fruit and grains with yeast to produce alcohol. Distilled liquor was developed much later in the 800’s in Persia but spread quickly throughout the world.

The recently-closed exhibit at the Minneapolis Institute of Art entitled “Beer Before Liquor – Alcohol and Its Pasts” tracked alcohol’s trajectory around the globe as it earned its reputation as both poison and cure. 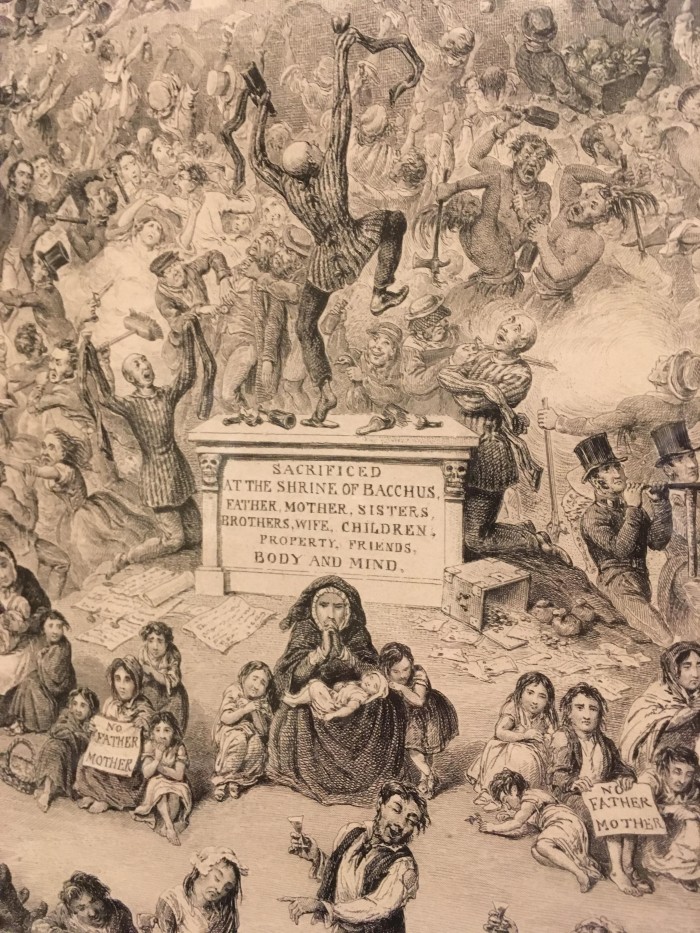 This massive engraving by George Cruikshank is entitled “The Worship of Bacchus.” Bacchus is the Roman god of wine. The inscription on the side of the altar reads, “Sacrificed at the shrine of Bacchus, father, mother, sisters, brothers, wife, children, property, friends, body and mind.” Cruikshank himself was a heavy drinker until he reformed his ways and joined the temperance movement in the 1850’s.

These are plates I, II and V from a series of engravings by Cruikshank entitled “The Drunkard’s Children.”  Plate I shows how alcohol nourishes every kind of crime. Plate II shows a drinker gambling away his money. Plate V shows how there is just one step between the Gin Shop and the Old Bailey. 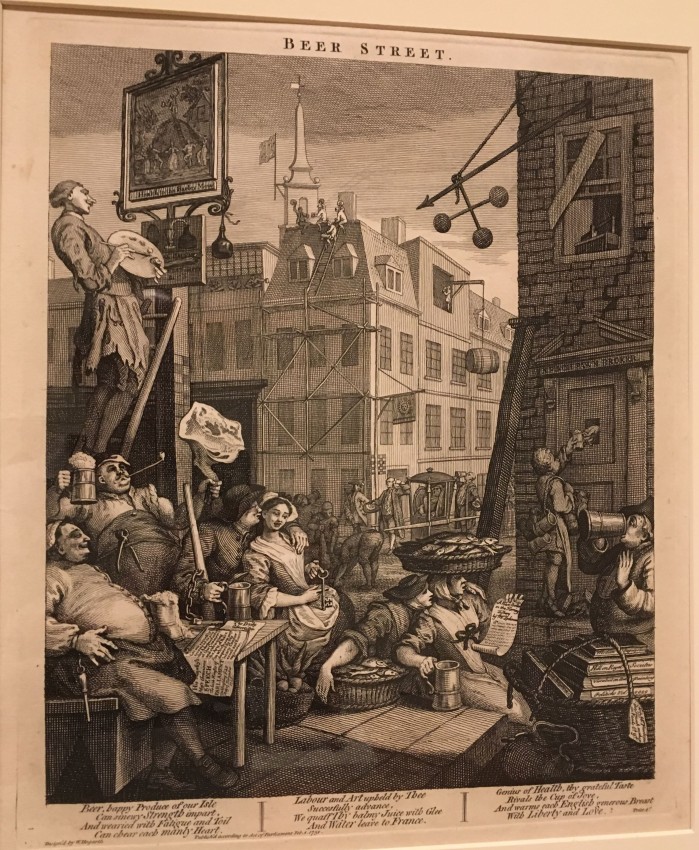 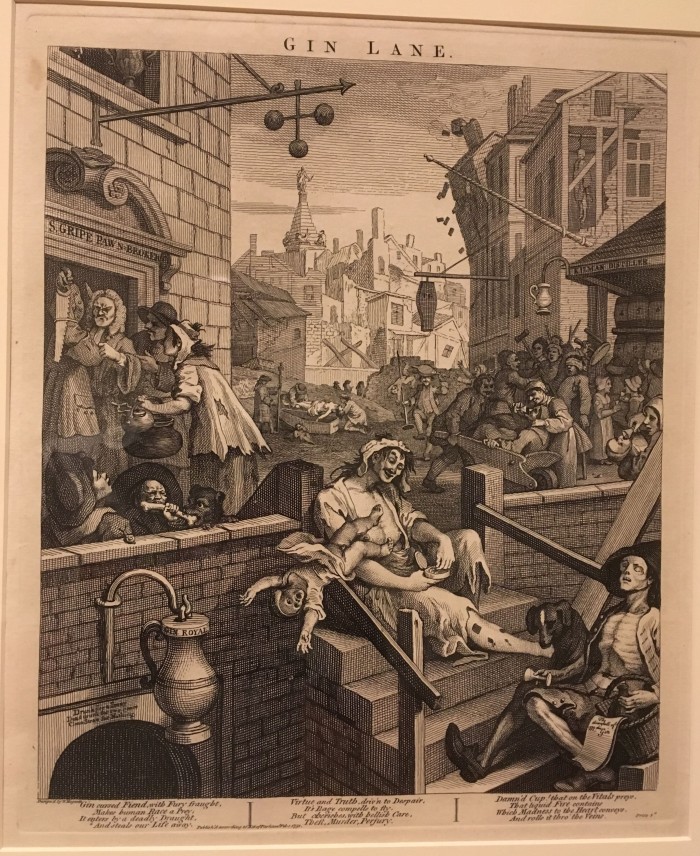 When the Dutch prince William of Orange became William III, King of Britain, in 1689, his court introduced the British to gin. Gin was abundant, potent and highly addictive and soon had a drastic social impact on Britain. These etchings entitled Beer Street and Gin Lane were created to support the 1751 Gin Act which sought to limit the consumption of spirits. The British loved their beer so the people on Beer Street are depicted as healthy and peaceful while the folks on Gin Lane are on the path to destruction.

Details from the etching “Gin Lane.”

Generous support for this exhibit was provided by the National Endowment for the Arts.