A world-class art institution like the Minneapolis Institute of Art is always adding to its extensive collection of art. Here are some of the pieces we found at the MIA on a recent visit. They are either new to the MIA or we just had never seen them before.

Don’t we all feel like we’re about to go over the cliff sometimes? This about-to-go-over-the-edge piece was created by Nicole Eisenman. It is entitled “Falls.” The folks on the boat seem oblivious to the danger they are about to encounter. 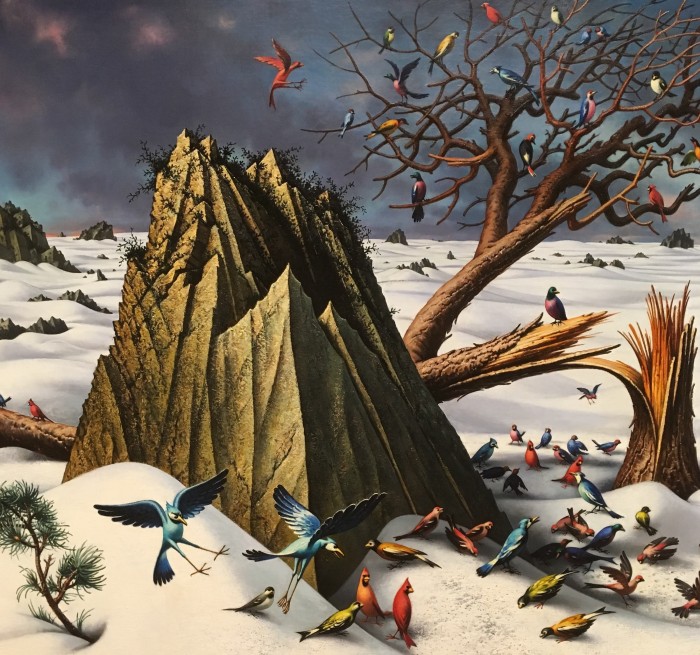 “Winter” by Peter Blume, is the first of four paintings based on the seasons of the year that Blume painted. The beauty of the birds is in stark contrast to the bleakness of winter.

Linda Kramer was inspired to create this piece after a visit to the Playboy Club in Chicago. Her goal was to show the dehumanizing and objectifying treatment of women in places like Playboy clubs and elsewhere in society. It is entitled “Redhead.”

This outstanding bronze sculpture was created by Joseph Kratina. Loie Fuller, the subject of the piece, was an influential American dancer who lived from 1862-1928. 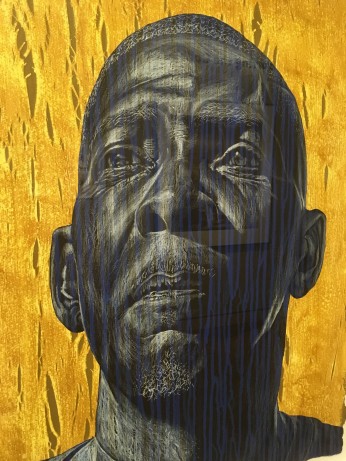 A Spanish crucifixion relief sculpture from 1189 AD. It is similar to other sculptures found in northern Spain along the pilgrimage route leading to Santiago de Compostela.

When gun people start talking about guns my mind gets confused very quickly. This untitled piece was created by Gonçalo Mabunda out of decommissioned and deactivated military equipment that was left behind during the Civil War that ravaged his home country of Mozambique. from 1977 to 1992.